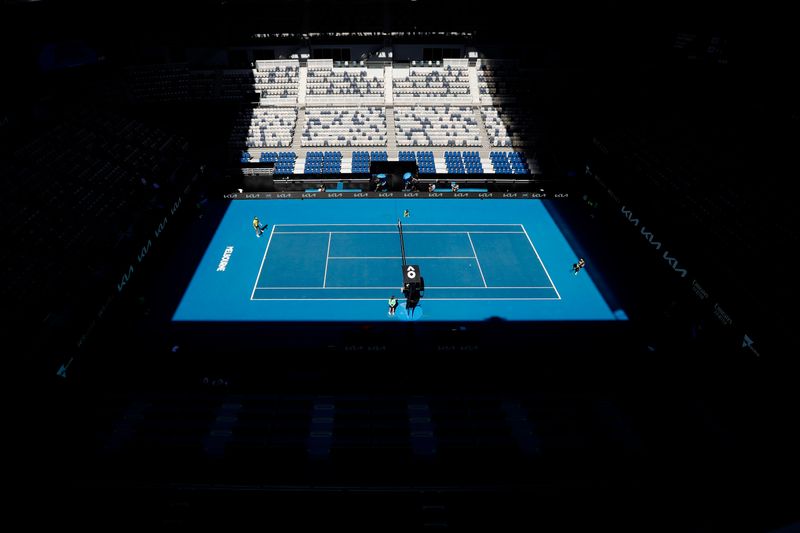 1615 RUBLEV THROUGH AFTER RUUD RETIREMENT

Seventh seed Andrey Rublev advanced after his opponent Casper Ruud retired while trailing 6-2 7-6(3). The Norwegian received treatment for an injury early in the second set.

American Jennifer Brady eased into the quarter-finals with a 6-1 7-5 victory over Croatia’s Donna Vekic.

Brady sent down nine aces and won 85% of her first-serve points in a dominant performance against Vekic, who had heavy strapping on her right leg.

Fourth seed Daniil Medvedev raced into the quarter-finals with a clinical 6-4 6-2 6-3 victory over American Mackenzie McDonald.

Medvedev sent down seven aces, 29 winners and made just 15 unforced errors as he wrapped up the one-sided contest in 90 minutes.

American Jessica Pegula continued her dream run with a 6-4 3-6 6-3 win over Ukrainian fifth seed Elina Svitolina to reach the quarter-finals at a Grand Slam for the first time.

Pegula was far more effective at the net than her opponent, and also struck 31 winners compared to 19 from Svitolina.

Play got underway as scheduled on the third day of Victoria’s snap five-day coronavirus lockdown, which has resulted in fans being shut out of Melbourne Park.

One new locally acquired case of COVID-19 was reported in the state in the 24 hours to Monday morning.

The temperature was a cool 18 degrees Celsius (64 degrees Fahrenheit) with a maximum of 27C forecast.

The Supreme Court Monday held the cheque bounce cases can neither be instituted nor be continued against companies which are facing insolvency proceedings...
Read more
Business

A Critic of Technology Turns Her Gaze Inward

In the spring of 1977, when Sherry Turkle was a young professor at the Massachusetts Institute of Technology, Steve Jobs came to visit....
Read more
Load more