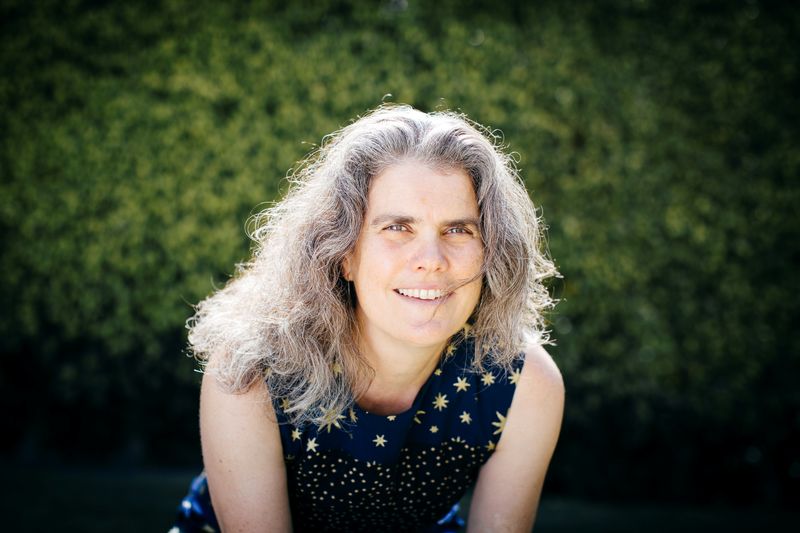 By Niklas Pollard and Douglas Busvine

STOCKHOLM/BERLIN (Reuters) – Britain’s Roger Penrose, Reinhard Genzel of Germany and American Andrea Ghez won the 2020 Nobel Prize in Physics on Tuesday for their discoveries about one of the most exotic phenomena in the universe, the black hole.

Penrose, professor at the University of Oxford, won half the prize of 10 million Swedish crowns ($1.1 million) for his work using mathematics to prove that black holes are a direct consequence of Albert Einstein’s general theory of relativity.

Ghez – only the fourth woman to be awarded the Physics prize after Marie Curie in 1903, Maria Goeppert-Mayer in 1963 and Donna Strickland in 2018 – said she hoped it would inspire others.

Asked about the discovery of a massive yet invisible object at the heart of the Milky Way, Ghez said “the first thing is doubt”.

“You have to prove to yourself that what you are really seeing is what you think you are seeing. So, both doubt and excitement,” the 55-year-old astronomer said in a call with the committee after receiving the award.

“It’s that feeling of being at the frontier of research when you have to always question what you are seeing.”

Genzel told Reuters Television soon after hearing he had shared the prize that had been on a Zoom call with colleagues when the phone rang:

“Just like in the movies, a voice said: ‘This is Stockholm’,” he said. He admitted to being flabbergasted by the news: “I cried a little bit.”

Scientists have wondered since the 18th century whether any object existed in the universe that would exert a gravitational pull so strong that light may not be able to escape.

Einstein predicted in 1915, in his general theory of relativity, that space and time could be warped by the force of gravity. Yet he did not actually believe in black holes, and finding a way to prove their existence baffled scientists for another 50 years.

“It was a theory – there was nothing to make black holes visible,” said Genzel, speaking in his cluttered office on the outskirts of Munich.

It was not until a seminal paper in 1965 that Penrose, now 89, proved that black holes can really form – describing them in detail and stating that, at their centre, there is a singularity where time and space cease to exist.

Illustrating Penrose’s insight at the awards presentation in Stockholm, Ulf Danielsson of the Nobel Committee held a black ball the size of a grapefruit in one hand and pointed at it with the finger of his other hand.

At the ball’s edge, time stands still, Danielsson said, and as his finger pushed into it, its tip moves into the future.

It would be impossible to withdraw one’s finger without tearing it apart. Instead it would be “carried all the way into the centre of the black hole, where time ends and the known laws of physics cease to apply”.

Subsequent efforts to find a black hole focused on the clouds of dust in a region of the Milky Way called Sagittarius A*. Using the world’s largest telescopes to observe how stars orbited, separate teams led by Genzel and Ghez concluded that around 4 million solar masses are packed into a region the size of our solar system.

“Penrose, Genzel and Ghez together showed us that black holes are awe-inspiring, mathematically sublime, and actually exist,” said Tom McLeish, professor of natural philosophy at Britain’s University of York.

While black holes are now accepted science, much about them remains a mystery.

“What is the black hole? We don’t know, we have no idea what is inside a black hole and that is what makes these things such exotic objects,” said Ghez.

Physics is the second of this year’s crop of Nobels to be awarded, after three scientists won the medicine prize for their discovery of Hepatitis C on Monday.

The Nobel prizes were created in the will of Swedish dynamite inventor and businessman Alfred Nobel and have been awarded since 1901.

This year’s awards are taking place under the long shadow of the COVID-19 pandemic that has curtailed much of the usual festivities surrounding the prizes.

Prime Minister Imran Khan's Pakistan Tehreek-e-Insaf party is set to form the next government in Pakistan-occupied Kashmir (PoK) as it emerged as the...
Read more
Business

Morocco updatesSign up to myFT Daily Digest to be the first to know about Morocco news. Even before allegations that Morocco may have tried...
Read more